On Friday 24 September, I attended the second annual workshop of the International Society for History and Theory of Intellectual Property (ISHTIP) at American University.  The theme of the workshop was ‘Geographies of Intellectual Property’, and it featured an interesting array of speakers and participants.  I was thrilled to meet Professor Michael Carroll, whose work on open access I have followed for a long time (primarily through his blog).

The workshop program and abstracts from the papers presented are available on the ISHTIP website.  I found all of the papers presented to be compelling, and some challenged me to think differently about the scope of copyright law.  Probably most controversial for me and some of the other attendees schooled in Anglo-Australian or Anglo-American copyright law was the paper by Maurizio Borghi and Stavroula Karapapa from Brunel University, West London, titled, “Invisible Geographies: Copyright and the Unexplored Land of Non-Display Uses”. In this paper, the authors considered whether engaging in non-display uses of a copyright work (such as when the work is mined for data – Google are experimenting with this in their Book Search Project) violates the “intimate purpose of the work” as envisaged by the author.  The authors approached the question from a personality theory view of copyright, arguing (I think) that there should be rights to enable an author to prevent their work from being “recontextualised” by a computer (e.g. through data-linking) at an “invisible level” outside of the control of the author.  Giving an author almost complete control over how their work is understood and contextualised by users did not sit particularly well with me, but then again I am rather partial to Barthes’s “Death of the Author” theory.

There was an interesting discussion surrounding Katie Scott’s paper, “Mapping Plagiarism in a Regime of Privacy”, where Will Slauter made the point that confusion between copyright and plagiarism often has people confusing authorial rights with economic rights – i.e. they are affronted when they have spent considerable effort and creativity in producing a work and then someone takes or uses that work without even acknowledging its source.  In this way, Slauter argued, people sometimes treat attribution as if it would solve the revenue problem.  He questioned whether people focus so strongly on social norms surrounding plagiarism because they are afraid to address the revenue problems directly.  I think that this question could just as easily be turned around – in copyright debates, do we sometimes miss that it is attribution that people really care about? 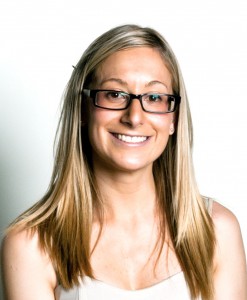